I know, I know, another breakfast recipe. But seriously this is just as perfect for a light lunch or even used as a side dish for some grilled meat or fish. Just trust me, make it and it’ll become a regular feature in your kitchen I bet! 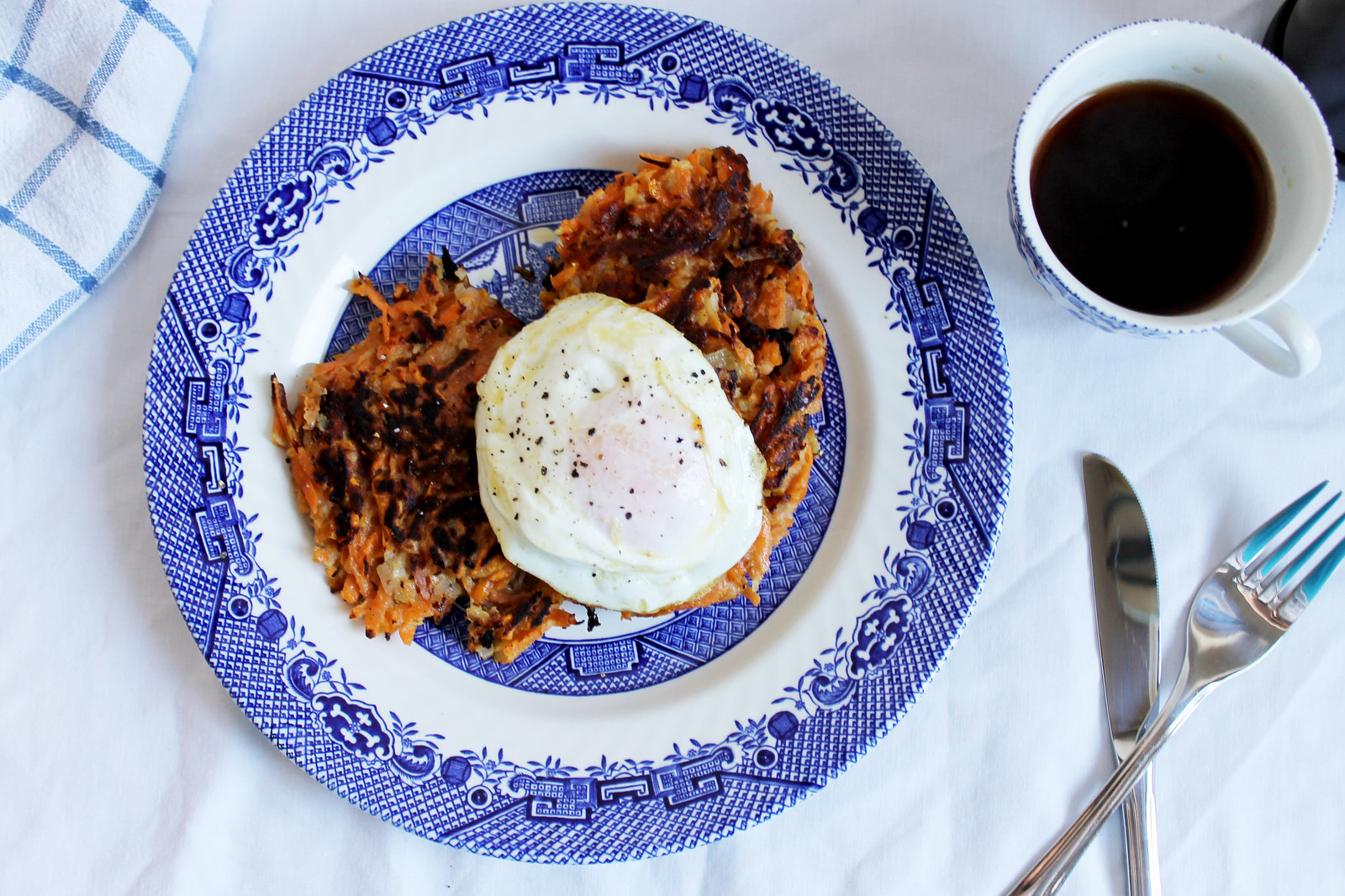 Serve these sweet potato and apple hash browns with a runny fried egg on top!

This meal came about on one of those days where I was staring into my empty fridge, trying to think of something to eat that wouldn’t involve the 30 minute round trip to the nearest supermarket. There are some things that I almost always have in the kitchen, eggs, sweet potato and onions and so in desperation these Sweet Potato and Apple Hash Browns came about.

I’m not always so lucky when it comes to throwing things together and I’m often too impatient to follow recipes. This has led to many a disaster – in particular I’m thinking of some buckwheat cookies and a pineapple and coconut cake – both of which were so inedible even the dog wouldn’t eat them.

Luckily for us all though, these Sweet Potato and Apple Hash Browns are a) so easy to make and b) super tasty and pretty healthy too! Hope you like them! 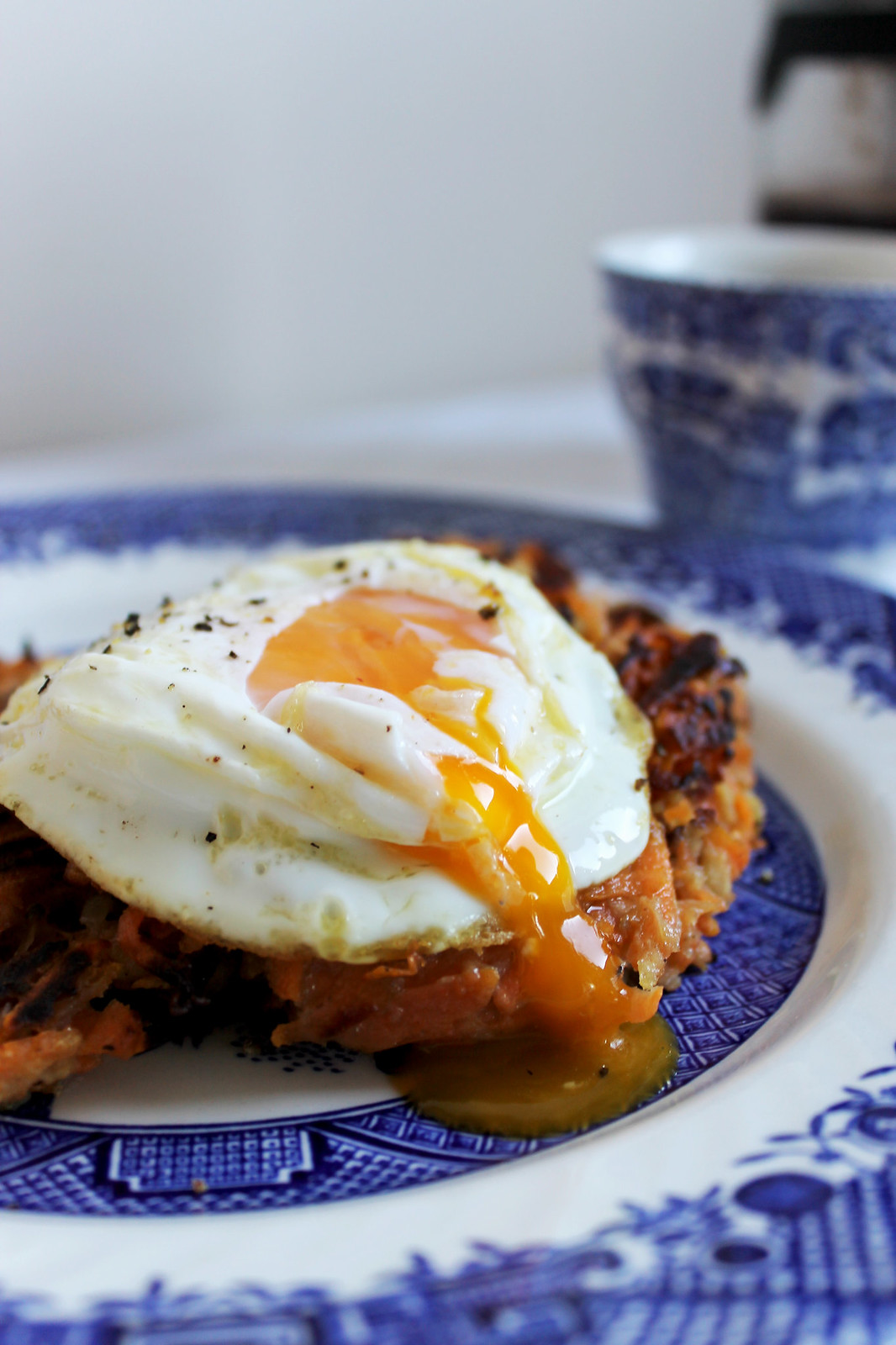 Peel your sweet potato and grate it into a colander, rinse it well under cold water. Once the water runs clear squeeze the excess water out of the sweet potato and place it in a large mixing bowl.
Wash but don’t peel your apple and grate it into the same bowl.
Finely dice the shallots or onion and add to the bowl. (I recommend using shallots, their sweetness goes along nicely with the apple and sweet potato.)
Add your buckwheat flour and the 2 Tbsp of Olive Oil. This will help to bind the mixture together.
Get your hands in there at this point, there’s no better way to ensure that everything gets well combined and coated.
Place a large frying pan over a medium heat. You should have enough mixture for 4 decent hash browns so spoon out 1/4 of the mixture for each hash brown. Place it in the frying pan and flatten it down with the back of a fish slice. Cook until golden underneath – about 3-4 mins. Flip it over to cook on the other side. It should stick together ok once cooked on the first side.
Serve with a runny fried egg on top for one of the nicest breakfasts you’ll have!