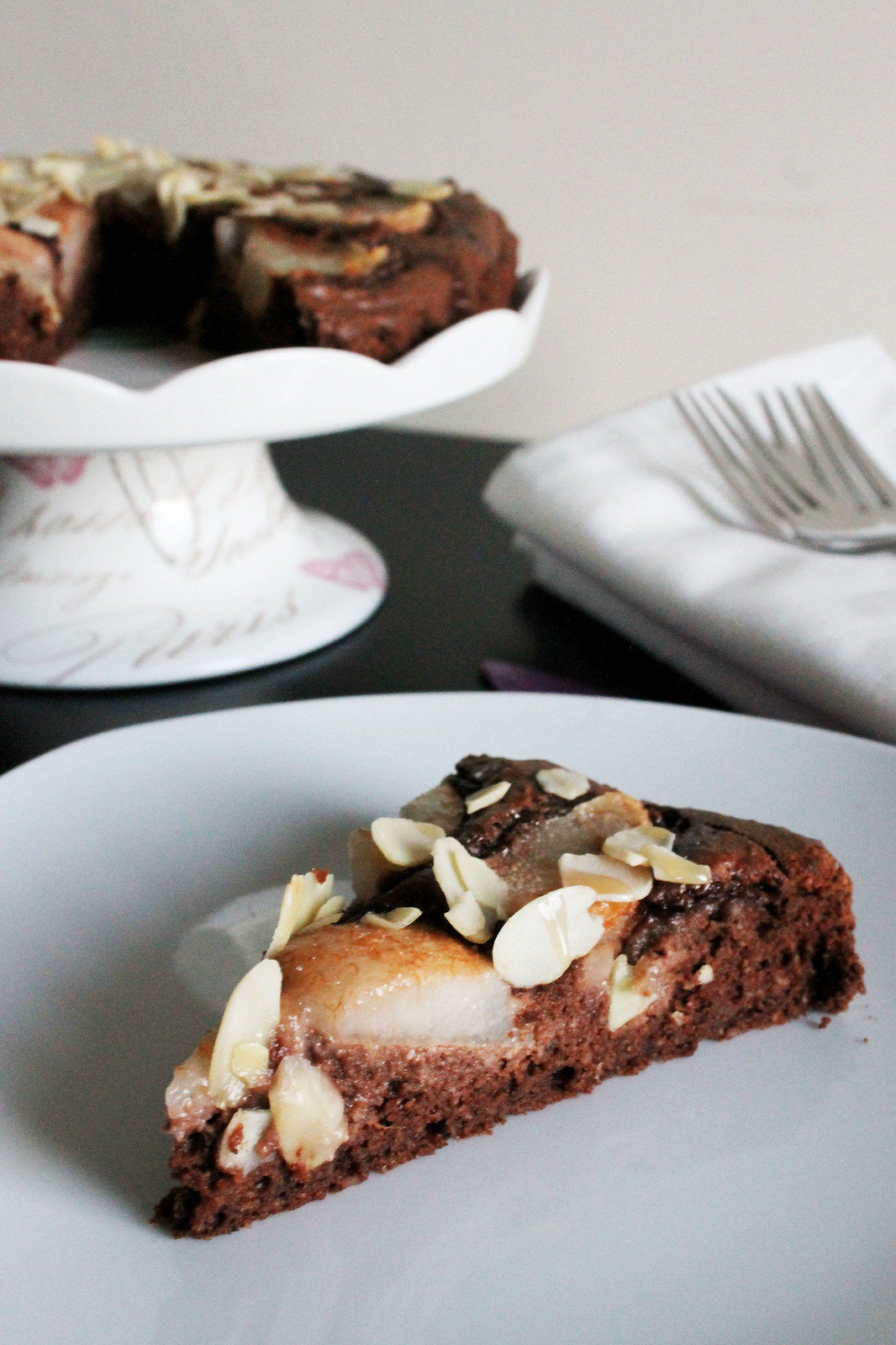 Over the past couple of weeks I’ve made a batch of full fat, sugar, butter, chocolate and wheat brownies and a couple of cakes with enough sugar and chocolate to to send anyone into a sugar coma. I love to bake cakes for special occasions but I’ve never managed to kick that childhood habit of licking the spoon (and the bowl, the mixer, the palette knife etc). Suffice to say that I did suffer some coma like symptoms and the cakes shall remain for special occasions only!

For the record, this recipe by David Lebovitz might just be the best chocolate cake recipe I’ve tried. 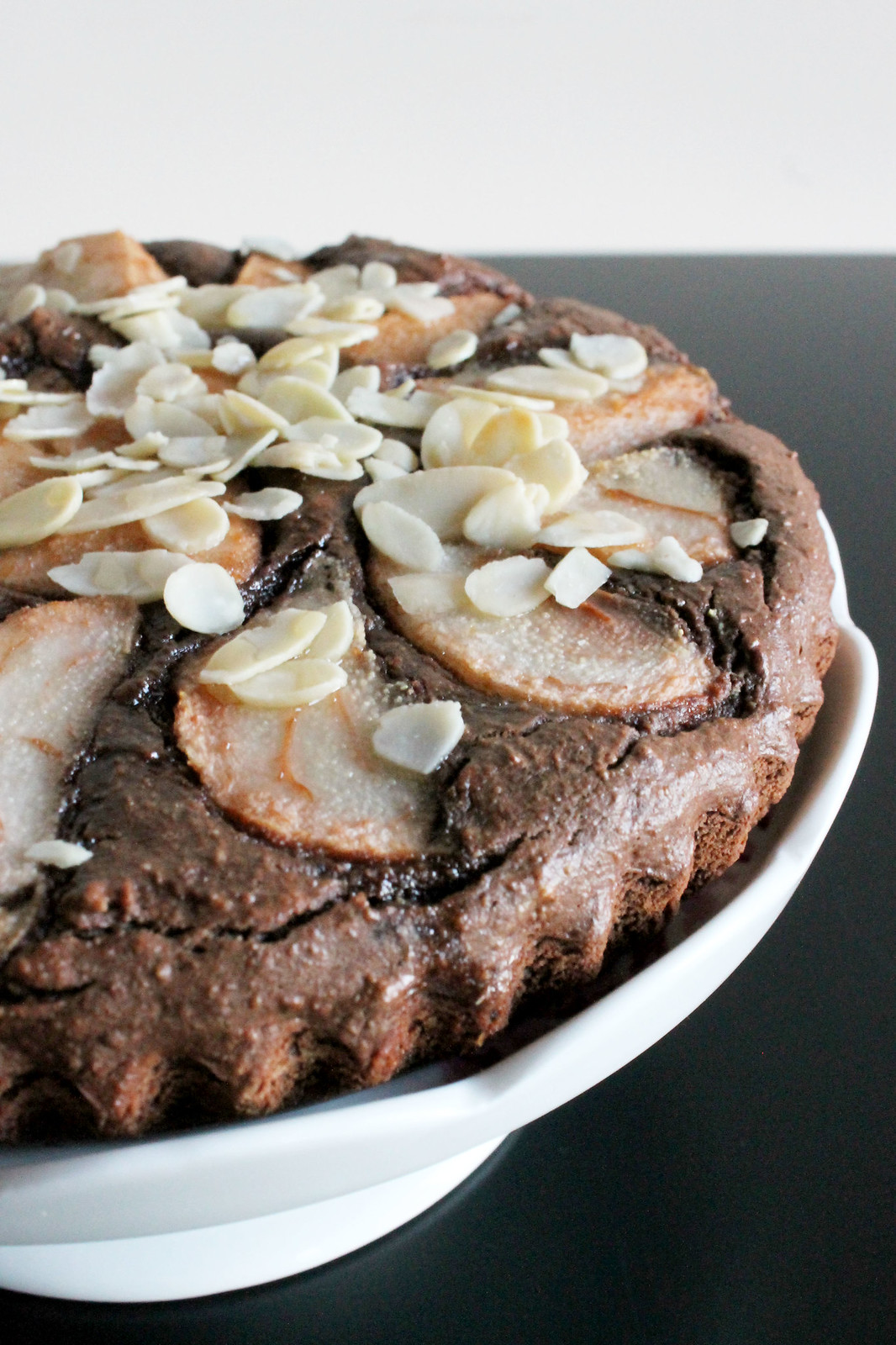 It’s always handy to keep some good recipes on standby for dessert that will give you that hint of sweetness without all the guilt. This pear and almond chocolate torte is a good one to have on standby, particularly at this time of year when ripe juicy pears are cheap and easy to find. Now that autumn has arrived it’s so long fresh juicy berries, smoothies and salads and hello to apples, pears and hearty warming stews and soups.

This torte is flourless, using ground almonds as the main component making it suitable for anyone on a wheat or gluten free diet. It’s also low in sugar, using just a little maple syrup to sweeten and is dairy free too. It is pretty dense and filling thanks to the almond base so this small torte would probably serve 6 as a dessert. 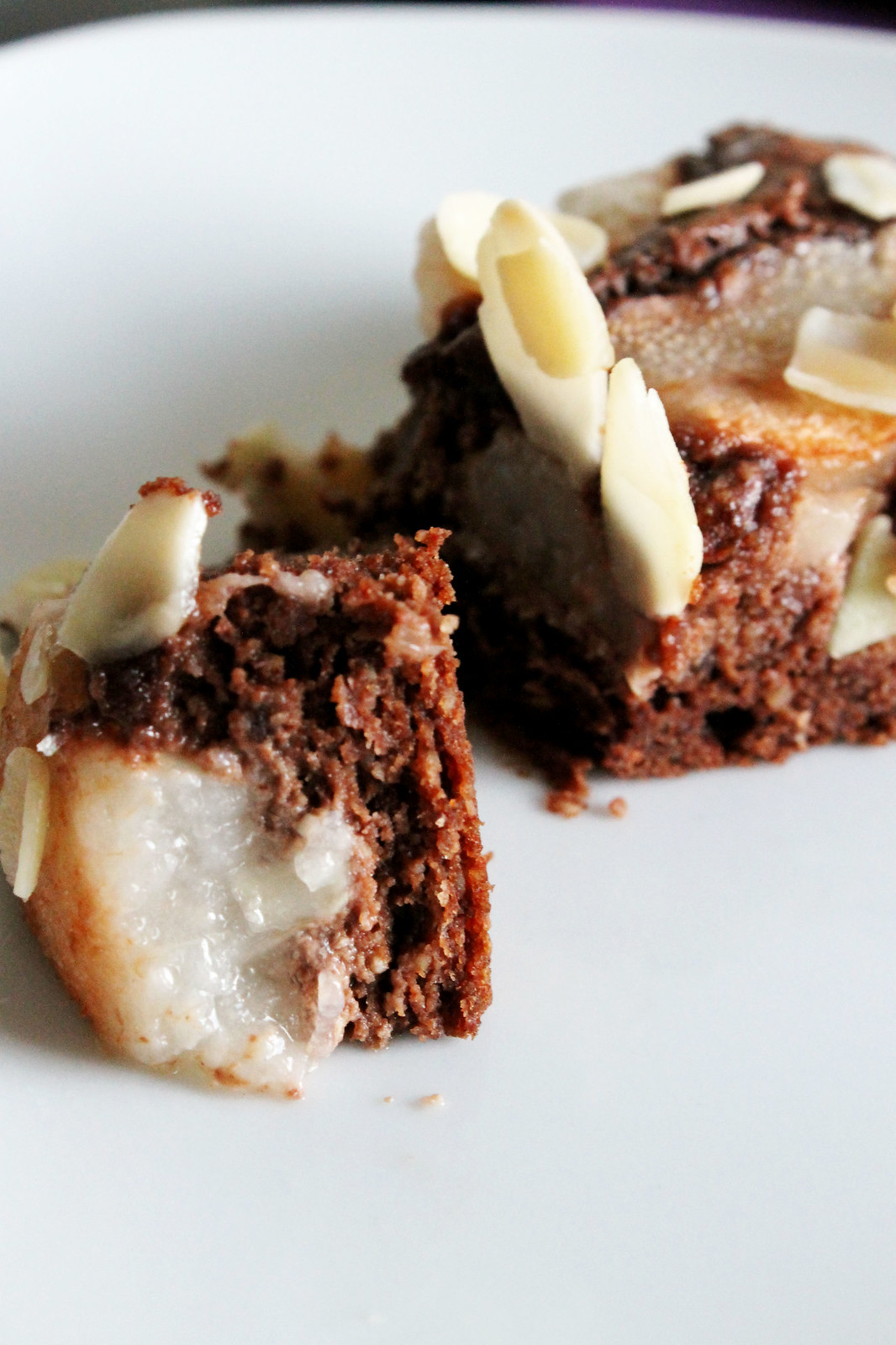 Preheat your oven to 160C. Grease a tart tin – I used a 7in loose bottomed tart tin.

This pear and almond chocolate torte is foolproof to make. Add all of the ingredients bar the pears and flaked almonds into a bowl and mix until they are well combined. Spoon the mixture into the tin. Peel and slice the pears and arrange them on top of the mixture.

Place the tin into the oven and bake for 20 minutes. At this point sprinkle your flaked almonds over the top and bake for a further 10 minutes. Once cooked leave the torte to cool in the tin before serving up. Tastes great warm – best eaten within 24 hours. 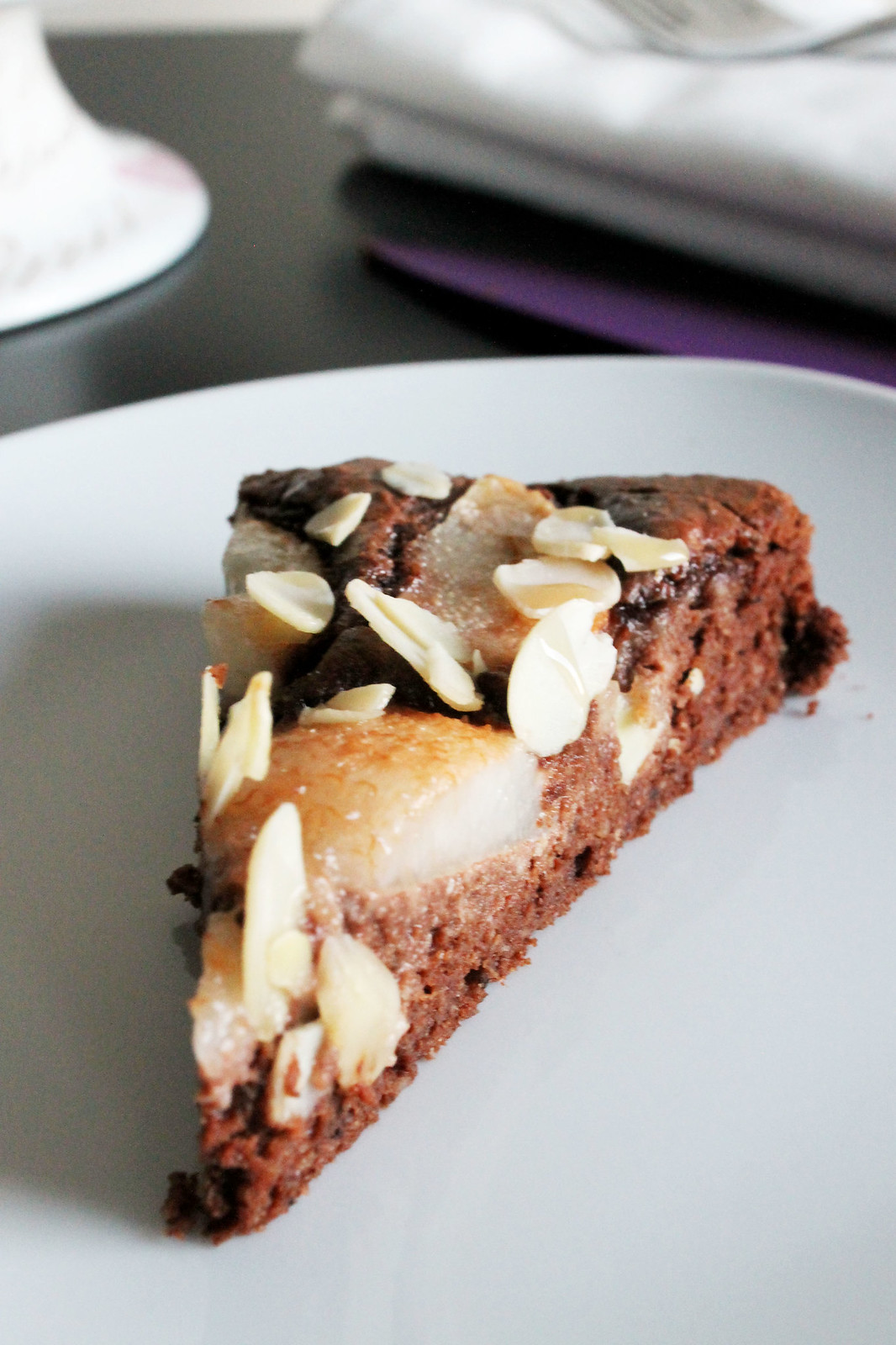