Trying to cut down on wheat and dairy, venturing into the world of baking with alternative flours and generally trying to improve my diet has meant some more frequent visits to the health food shop.

Looking for a snack one day I picked up a Nakd bar. I reckoned since it was pretty small and the ingredients were simply dates, nuts, raisins and cocoa that it couldn’t be bad and might help the sugar craving. 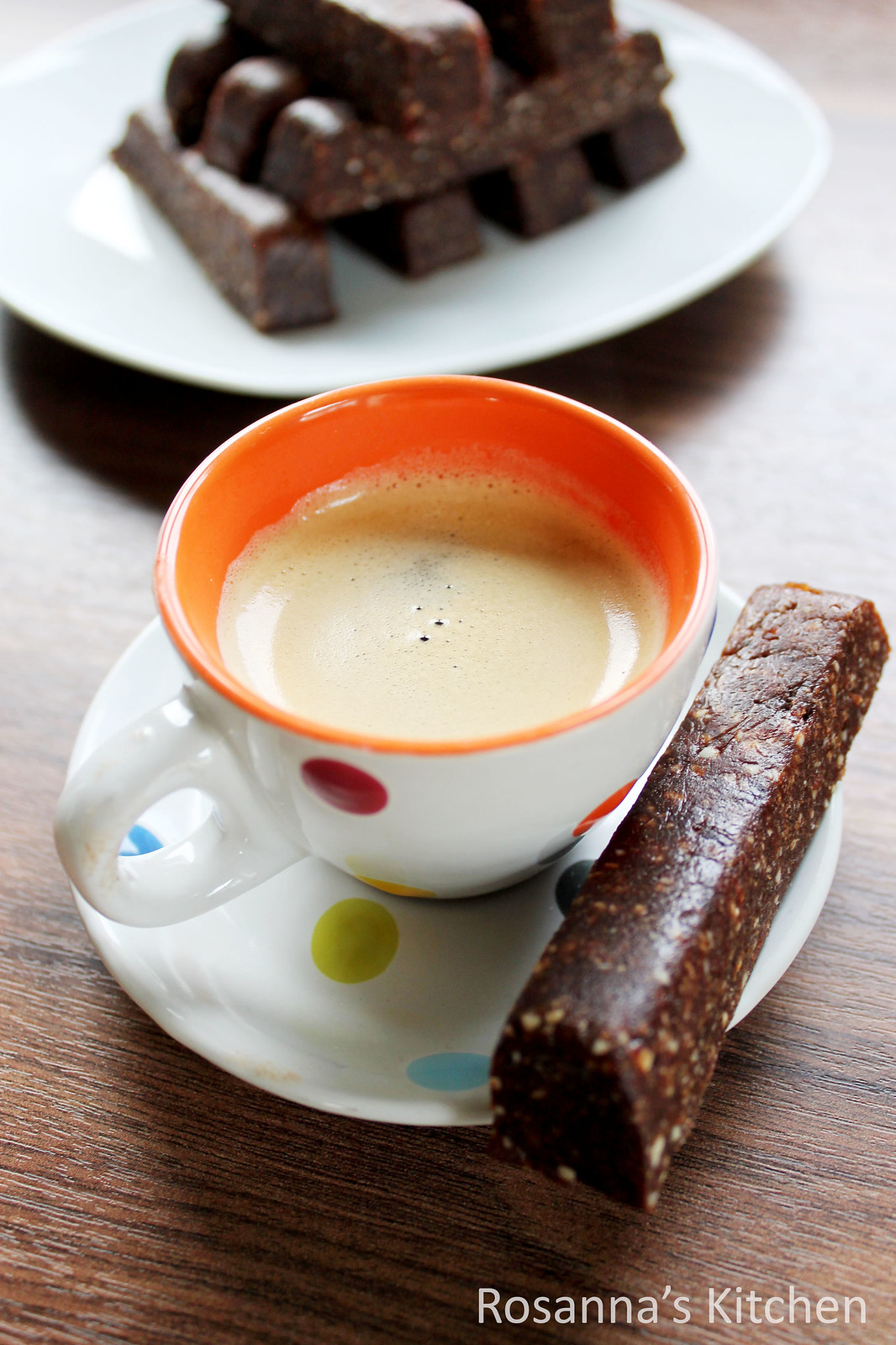 Turns out these homemade nakd bars are unexpectedly tasty and became a bit of an addiction! Though they are quite small they’re very filling and rich enough to satisfy even my chocolate cravings which is saying something.
At a cost of 95c each though and with most supermarkets not stocking these I thought I’d give making my own version a go.

From this recipe I got about 12 bars and I estimated they cost approximately 30c each to make.
Success!

I did wonder if it was worth calling this a recipe and posting it on here at all but these are so seriously tasty, good for you and handy to have in the fridge or freezer that I thought it a shame not to! It’s an added bonus that you can make a batch in about 5 minutes. Sometimes simple is just what you need. 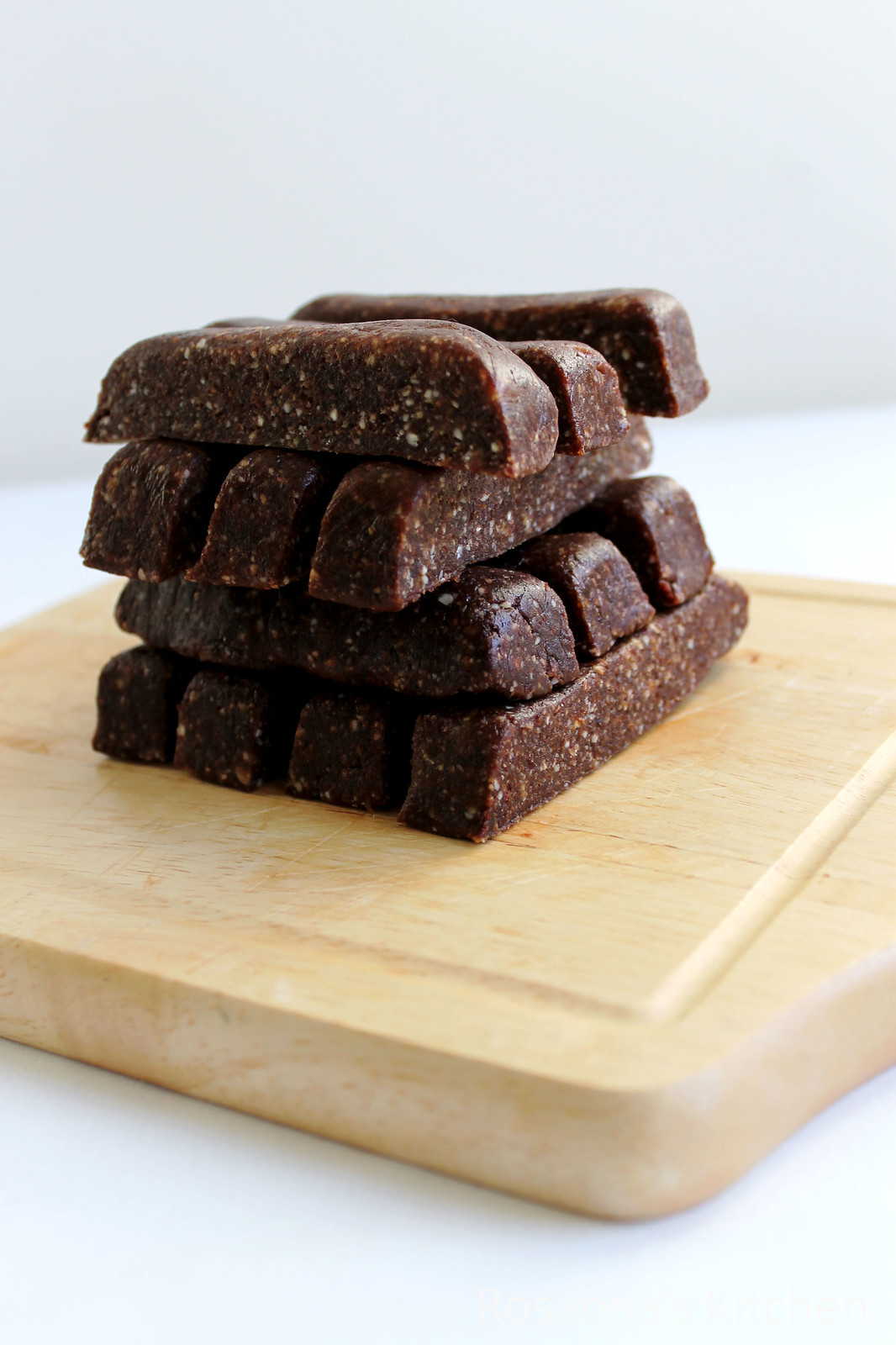 Put ingredients in food processor. Process. Try not to eat too much of the mixture while you line a suitable container with cling film and press the mixture in. After 30 minutes in the fridge you can take it out and cut it into whatever shape takes your fancy.

Wrap them individually and keep for a couple of months in the freezer, or store in a container in the fridge, my last batch still has a few left and they are still good 3 weeks later.

Note: Though the original Nakd bars contain raisins as one of the ingredients I’m personally not a big fan of them so don’t tend to have them in the house. As a result I don’t include them when I make my own Nakd bars. If you do have them however you could replace a couple of dates with a tablespoon or so of raisins. The important thing is to keep the overall ratio of dried fruit to nuts quite similar to the above. 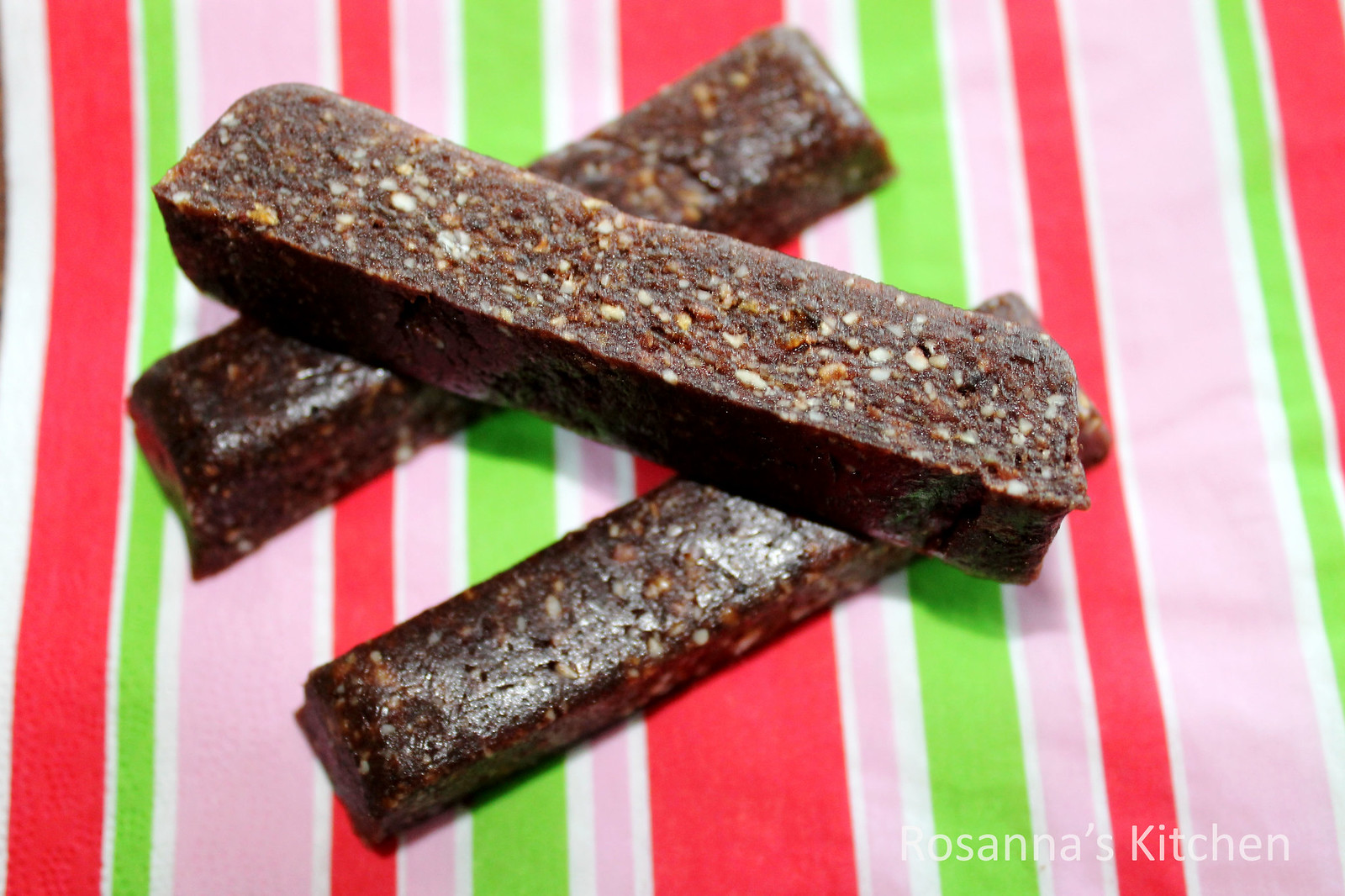