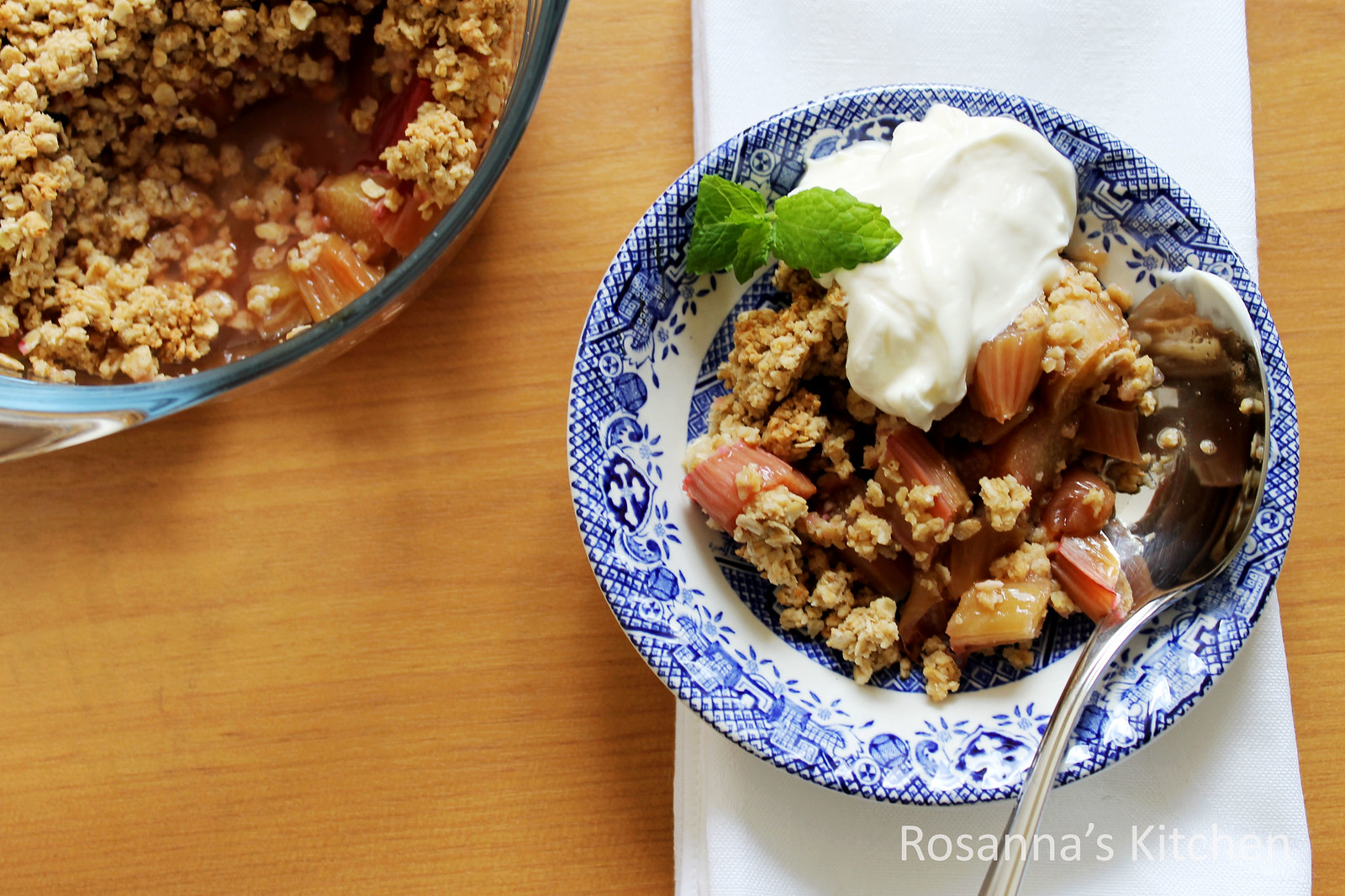 This past weekend we had another 3 day weekend. I really think they should be mandatory at least once a month! Given that it’s now the first week of May you would expect that we could at least leave the winter boots and socks at home and embrace a little bit of sunshine. Unfortunately that’s not the case here lately with the past weekend being notable only for the immense grey drizzly clouds that dominated the sky for the full three days. 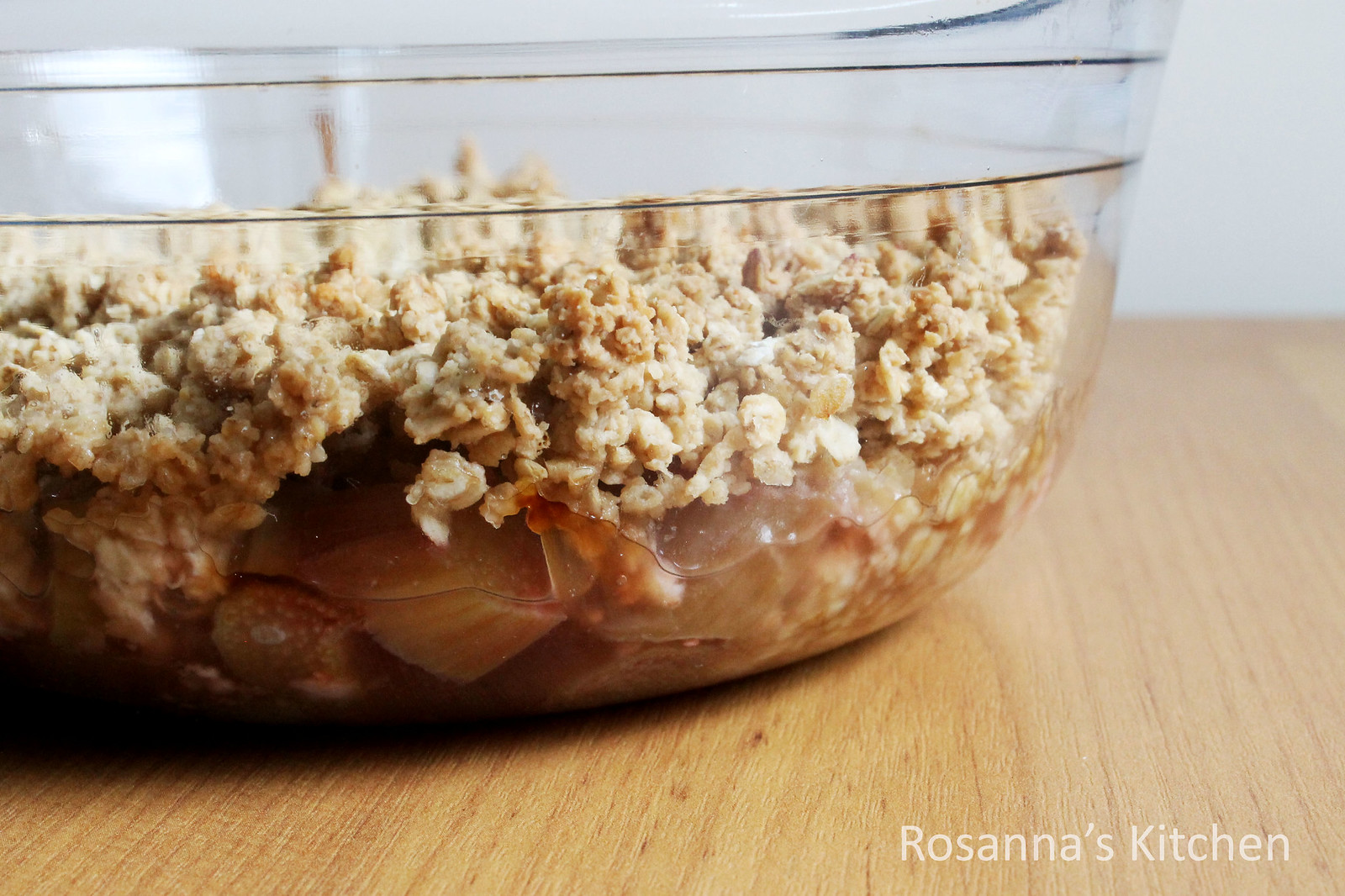 Never mind though, at least this time of year we start to see some lovely summer fruit and vegetables make an appearance and we can at least imagine we are somewhere warm and sunny while enjoying their lush flavours. Step up rhubarb! This comes into season in Ireland in April/May and lasts all the way through to September.

A Note: This site is a great resource for what’s in season in Ireland throughout the year: Best In Season

I think that fruit crumbles are associated with autumn and winter most often but it’s my favourite way to eat rhubarb. This rhubarb crumble is wheat free, free from refined sugar and very tasty! I have to admit to eating it cold from the fridge with yoghurt for breakfast. Using gluten free oats will make this suitable for coeliacs. The crumble itself is also vegan friendly though you’d need to leave out the yoghurt. Try a bit of coconut cream or coyo instead. Of course you can also serve this with ice-cream, custard or whipped cream, whatever takes your fancy. 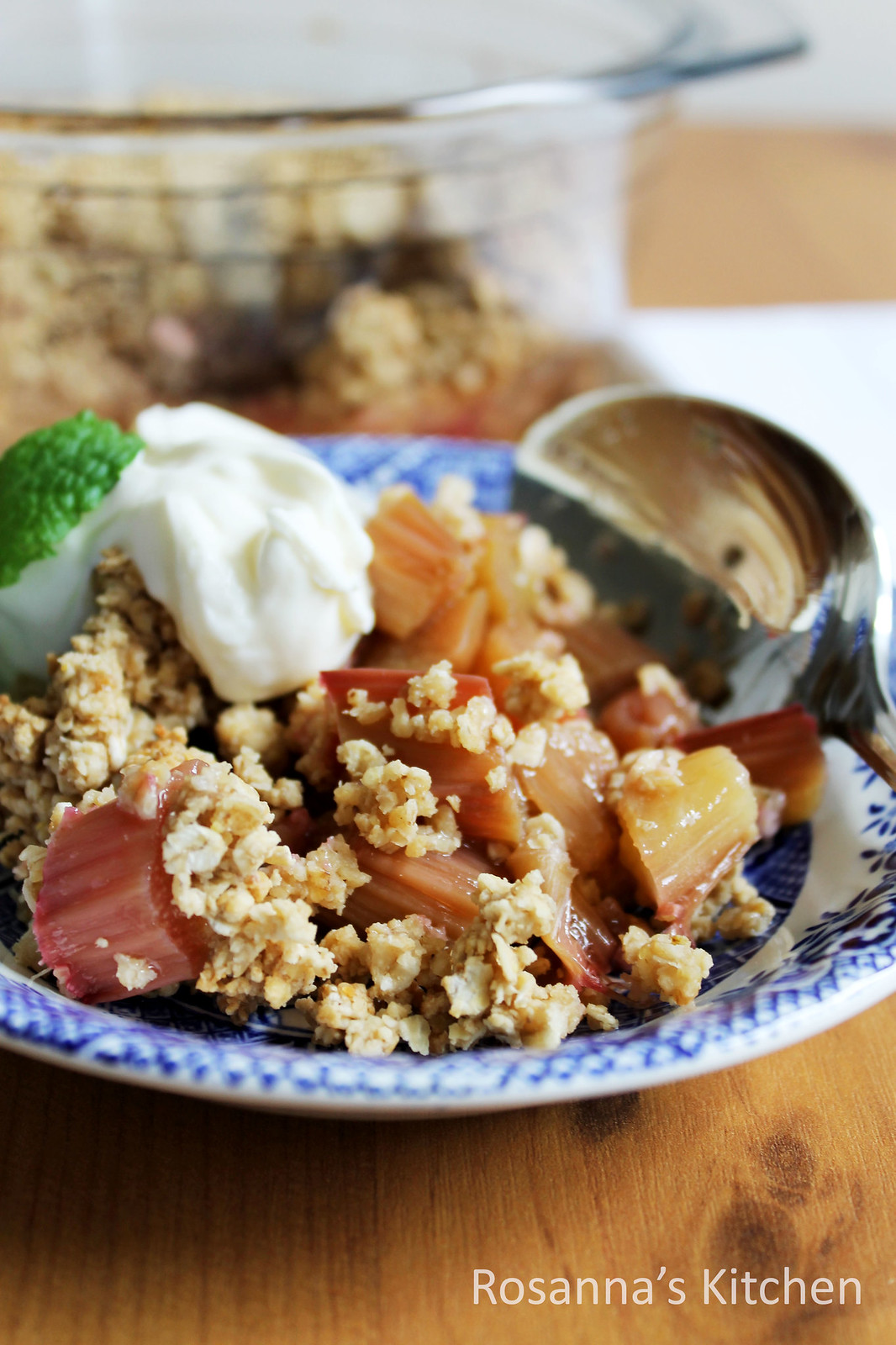 1. Put the oat flour and the whole oats into a bowl together.
2. Gently heat the coconut oil and maple syrup until the coconut oil is liquid.
3. Mix together, using your hands until you get a nice crumbly mixture.
4. Top, tail and chop the rhubarb into pieces about 1 inch long. Place directly into an ovenproof dish, drizzle over a couple of tablespoons of maple syrup.
5. Spread the crumb mixture over the top.
6. Bake in a preheated oven at about 170C (fan) for 20 – 25 minutes until the crumble has browned slightly and you can see the rhubarb has softened.

You can serve the rhubarb crumble hot or cold and with whatever takes your fancy, whipped cream, coyo, greek yoghurt, custard, ice-cream…. Or try adding some other fruit for extra flavour e.g. a rhubarb crumble with strawberries works really well, or add some grated fresh ginger to spice it up.

This will freeze ok but the crumble won’t stay crisp when reheated. 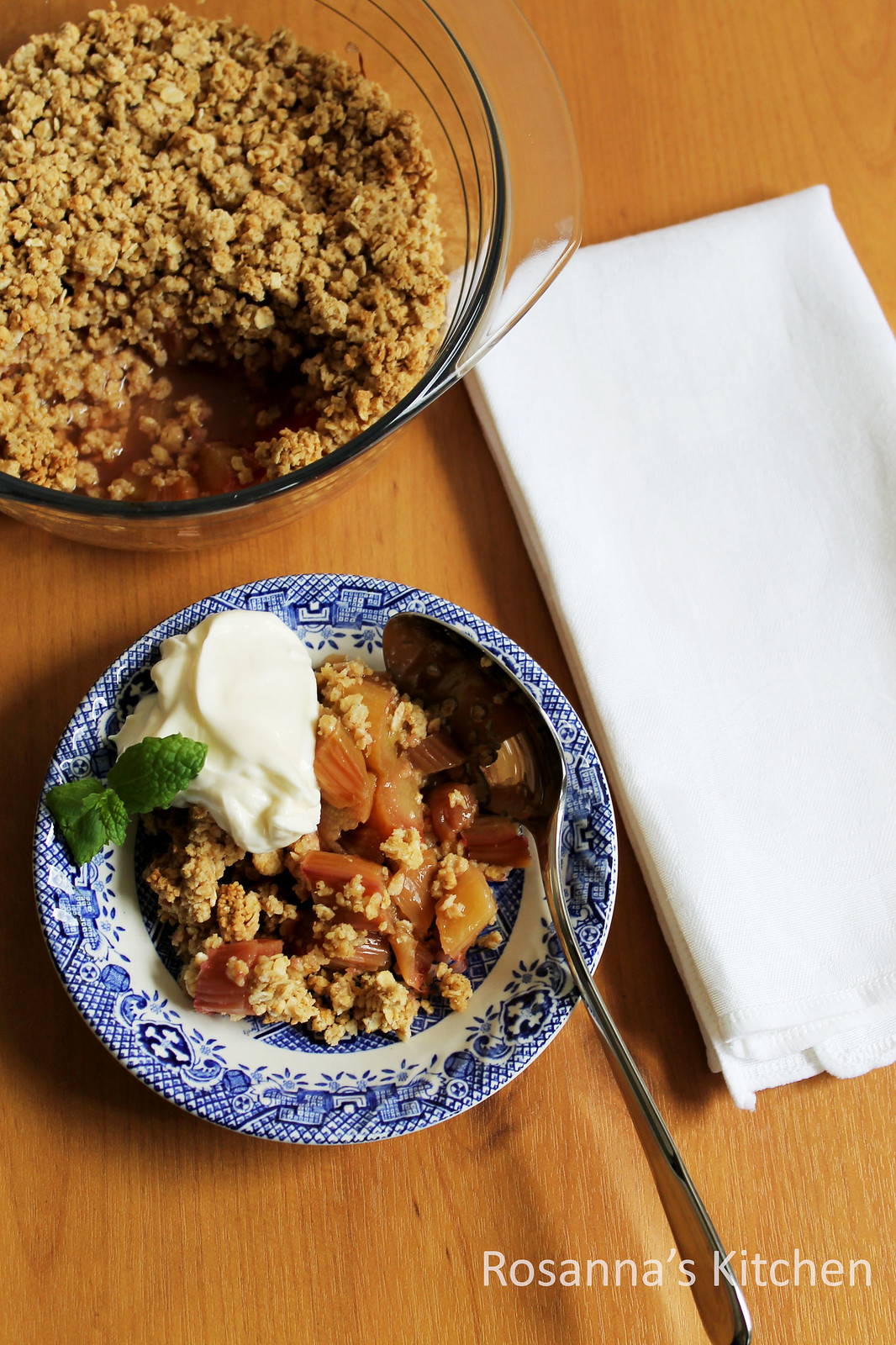