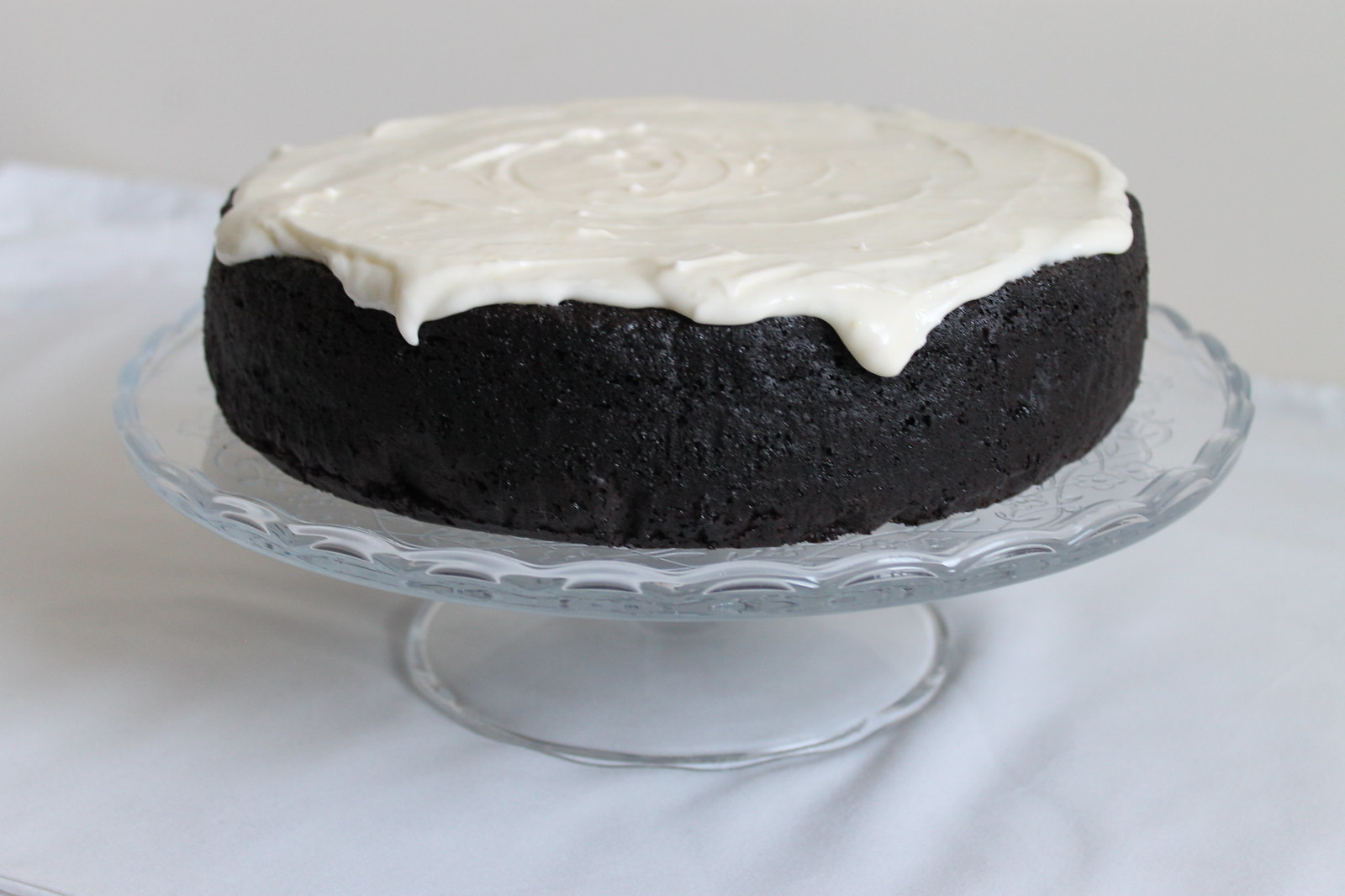 Back in November I made a birthday cake for a very special little 2 year old. 3 tiers of orange drizzle cake filled with a vanilla buttercream icing and covered in white fondant. The crowning glory was a small fondant model of Iggle Piggle (Of In the Night Garden fame) and his little red blanket. I knew I’d had success when said 2 year old literally face planted into the cake and tried to take a bite straight off the top. It really makes it all worthwhile when you make a cake for someone and they love it. I don’t think that one could have been more successful.

When this Murphy’s chocolate cake came out of my oven I really had to try hard not to face plant straight into it myself. It smells so amazingly good. Chocolate cake on it’s own doesn’t smell bad but the combination of smooth Murphy’s Irish Stout and rich dark cocoa emanates a smell that borders on criminal. This type of chocolate cake is usually made with Guinness and recipes pop up all over the net around Paddy’s day. One of the most often used ones is Nigella’s. 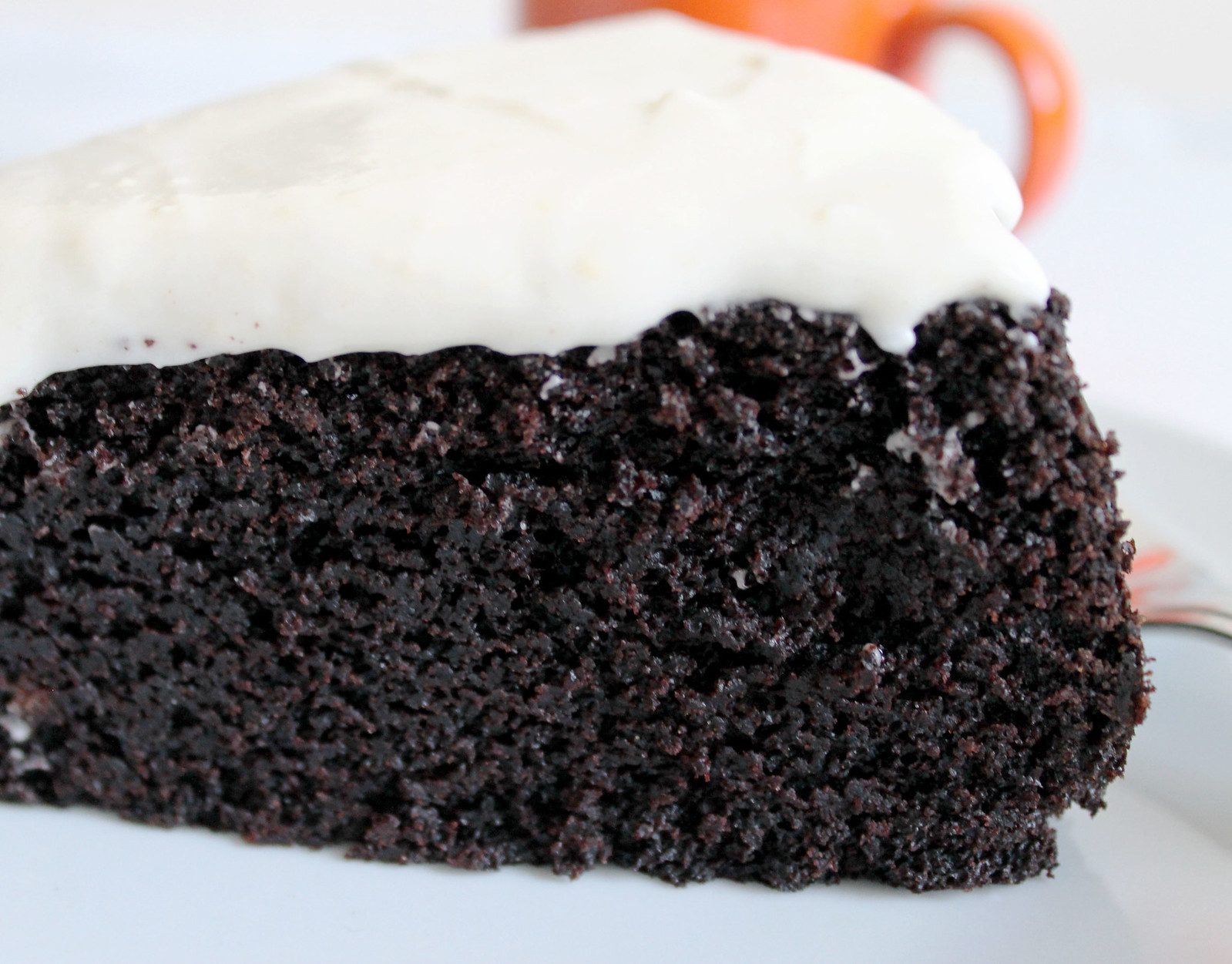 If you know anyone from Cork then you’ll know that Corkonians are particularly fond of telling you that everything that comes from ‘the real capital’ is superior. I’m no expert on Irish Stout but I do love the smell of Murphy’s. It is much sweeter than Guinness and to my untrained tastebuds, smoother and creamier. It’s also the favoured stout of my better half and given this was to be his birthday cake Murphy’s it was!

For this cake I used a recipe from the Hummingbird Bakery cook book with a couple of changes, Murphy’s instead of Guinness, salted butter instead of unsalted and vanilla extract instead of essence. It’s very similar to the Nigella one linked above but uses baking powder along with the bicarbonate of soda and butter milk instead of sour cream. I’ve had a lot of success with their cupcake recipes and having had a couple of disasters with Nigella’s recipes before I thought it might be a safer one. Unfortunately I had the issue I have every time I try to bake a cake that consists of a very wet batter – it sank in the middle! Not to worry though, I lashed on the creamy icing and you’d hardly know or at least be distracted enough that it no longer matters. 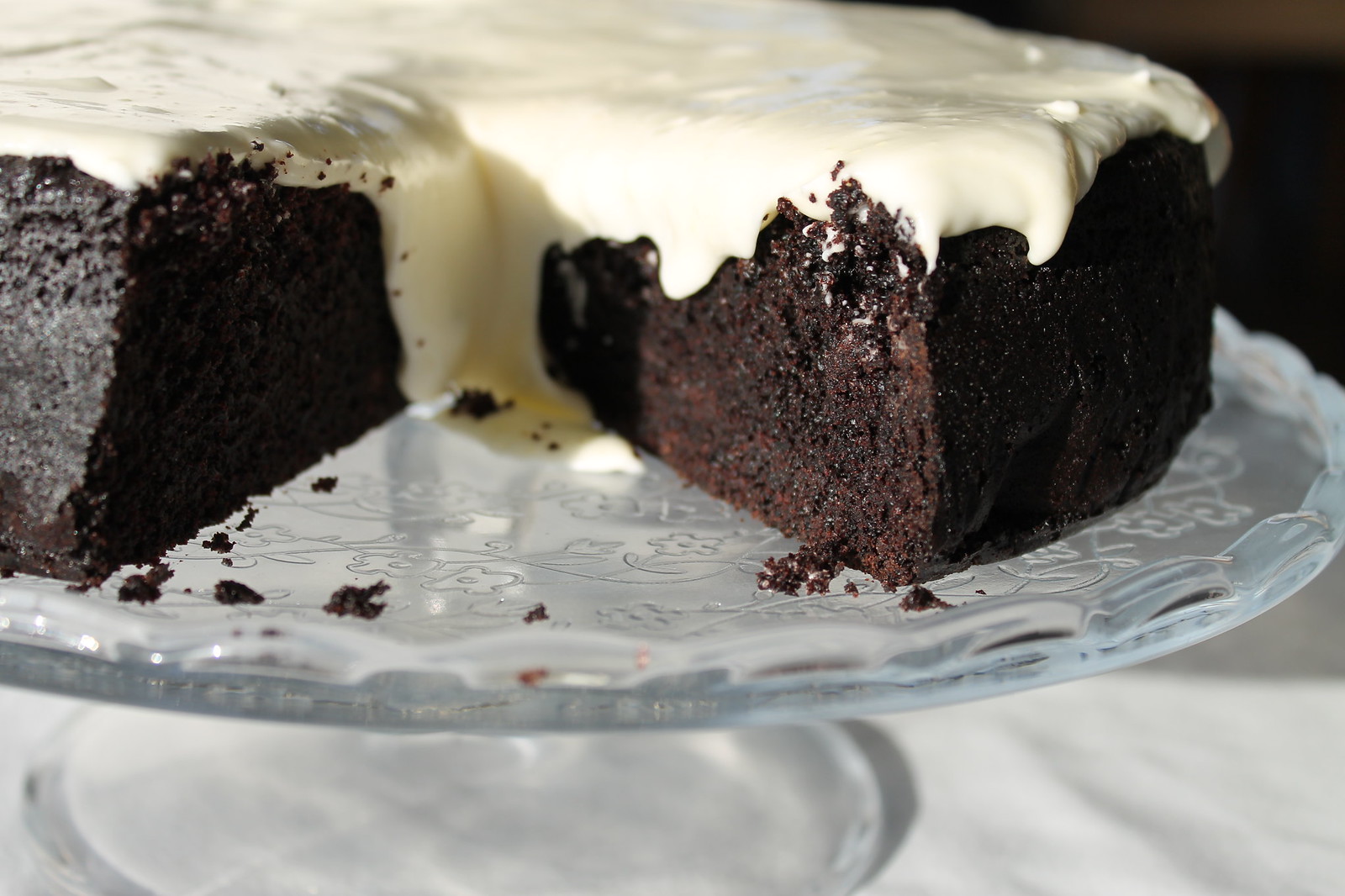 This cake has a dense fudgey consistency. It’s not overpoweringly sweet thanks to the tangy cream cheese icing. I love how the icing on top echoes the creamy head of a pint of Murphy’s. It’s not the prettiest cake to look at but it’s definitely one of the tastiest. 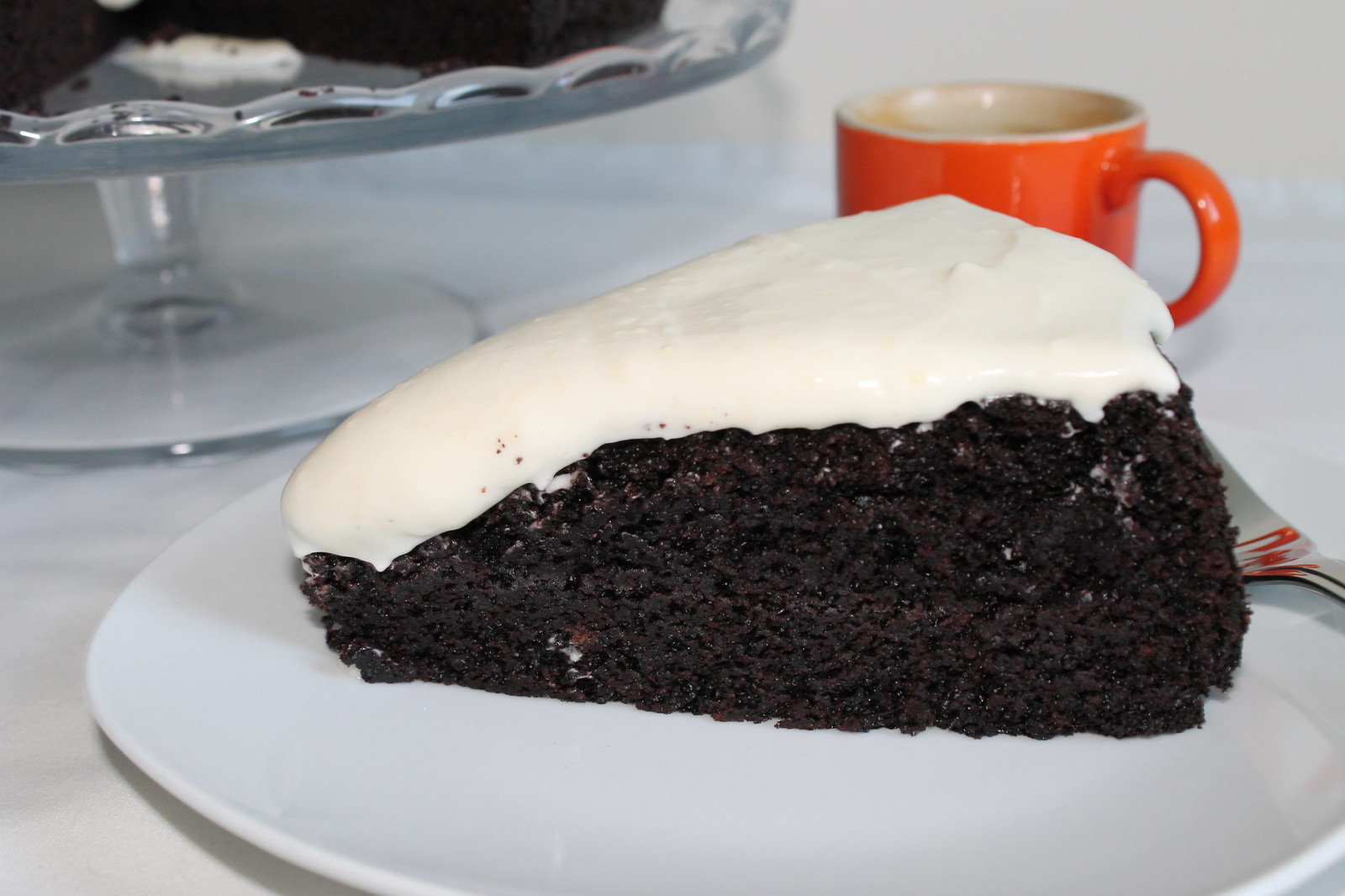 1. Grease and line a 9″ springform tin and preheat your oven to 170c Fan
2. Pour the Murphys and the butter into a heavy bottomed saucepan and place over a gentle heat until the butter is melted.
3. Mix in the cocoa and caster sugar until the sugar is dissolved and they are well combined. Whisk the eggs, buttermilk and vanilla in a jug and then add to the mix.
4. Finally whisk in the flour and raising agents.
5. Pour the batter into the tin and place in the oven for about 45 mins.

Notes: My cake took over an hour to cook. I opened the oven at 45 mins and I think it was too early causing the cake to sink significantly in the middle. However I think that sinking is a general trait of this cake, almost everywhere I’ve seen this cake online it has sunk. So don’t be too disheartened if it does – it will still taste amazing.

6. Once a skewer comes out of the center of this cake cleanly – remove from the oven and leave to cool in the tin.
7. Sift the icing sugar into a bowl. Ensure your butter is very soft and combine with the sugar. Finally, whip in the cream cheese and beat well until you have a nice consistency for the icing.
8. Place your cake upside down so the flat side is facing up on your serving board or plate and slather on the icing.